Pradžia » Complications of privation of pride among nursing personnel

Complications of privation of pride among nursing personnel 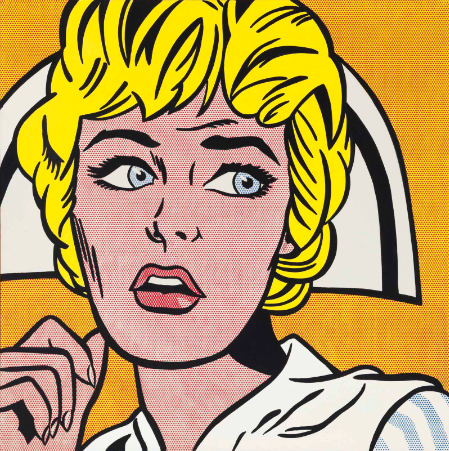 It is no secret, that a big part of the working class are not optimally motivated. The cliches are well known to all of us like for example, Monday morning is way less preferred (to put it mildly) than the Friday evening. I am still young and naive enough to be not willing to accept this “truth”. Hence my mind works to find the reasons for the demotivation of working class (to which I, proudly or not, belong). I find it important to mention, that, of course, it is not total, but I am confident to say that it is rooted in our western society to at least some considerable extent. One can find YouTube channels, Instagram accounts and some other cultural sources dedicated to complaining about everyday working life (example: https://www.instagram.com/_workchronicles/?hl=en).

Recently, I began contemplating that my colleagues at the hospital, who practice in specialties, which in my eyes are utterly important and respectable and without which nowadays no society could function properly (hierby, I mean mostly nurses, although that applies to many fellow physicians too), are demotivated to such an extent, that almost every nurse at the hospital is constantly complaining (I’m hardly exaggerating). Till now I never truly paid much attention to it and didn’t notice, that it is, indeed, a tendency. There are some obvious reasons to that: allegedly, the salaries are not adequate, the nursing personnel doesn’t feel being appreciated and the amount of labor is supposedly too high. I don’t think, that I do possess any power to influence those aspects I just mentioned (except the appreciation one). Therefore, I leave them be and do not spend much time thinking about tackling them.

However, I see one more definitely less prominent reason of chronic demotivation of the nursing personnel in the hospitals I’ve worked in. That is, in my rough and unprofessional estimation, the lack of pride of one’s profession. That is very prominent. Some of the nurses speak with nostalgia about the past approx. 15-25 years ago. I was told, that back in the day they had more responsibilities and more autonomy in decision making. I listen to that with widely opened eyes and wonder how did it come to that. How in today’s great western world can something get worse. In such a remarkable country as Germany.

I, for contrast, if I may state that not so humbly, am full of pride about what I do. The impact on society, which effective treatment of the population causes, is known relatively well to me. It is also known to me that the rights of patients are my responsibilities, what, again, instills a sense of importance of my existence. Consequently, during the times when the workload is hardly bearable I manage to stand back on my feet relatively rapidly. Such a sense of importance should be running through the veins of nurses, if you ask me. Sometimes I catch myself thinking, that I am more of a passive observer, while the treatment is indeed executed by the nursing personnel. Recently, I started to try to actively notice the importance of the efforts of the nursing personnel, as in my eyes that is one of a few things how I can contribute to tackling this plague, which indeed is well known in Germany nowadays.

There are also further consequences of this “lack of pride”. As the representatives of the profession don’t appreciate their craft, as they walk hunched, the next generation don’t see them as models worth emulating. Consequently, nurse’s profession loses it’s prestige (which indeed it does) and therefore it becomes extremely difficult to recruit new workers. That of course leads to the shortage of nursing personnel and further dissatisfaction with the work et cetera. All things considered, in my eyes, it is only rational to encourage the fellow colleagues and not to humiliate them in any way. Although, at times one could expect a better performance from them, I still strongly hesitate to express my disappointment (which has its own cost, which I agree to pay). When I was serving in the military (relatively brief period of my life), one of the instructors told us, that if one wants to drill a soldier effectively he should be blamed-blamed-blamed-praised. Already at that time I found it questionable and now I am confident, that the more optimal approach is praise-praise-praise-blame. Even for soldiers.

I started this essay, because I wanted to express the usefulness of pride. Although pride is one of seven deadly sins, I still consider it to be highly useful in certain situations and even needed today. At times in trouble and hardship it helps me mobilise my resources and prevail. I argue, that there is a lack of pride among the nursing personnel as well as among many other professions. My problem with that is, that it doesn’t seem right to me. Something is off with that. Our educational system didn’t teach us to be able to appreciate the necessity of vast number of different professions, which exist in today’s world. Nobody is talking about those men working outside and making sure,that our infrastructure functions uninterruptedly. Those men concurrently are also not known to be prideful. Although, perhaps, they should. Although, perhaps, they should be allowed to.